Demon Queen of Fungi, Lady of Rot and Decay

Shedaklah, 222nd level of the Abyss

The Demon Queen known as Zuggtmoy is a truly alien creature whose only desire is to infect the living with spores, transforming them into her mindless servants and, eventually, into decomposing hosts for the mushrooms, molds, and other fungi that she spawns.

Zuggtmoy is a minor antagonist in Out of the Abyss.

Utterly inhuman, Zuggtmoy can mold her fungoid form into a blasphemous approximation of a humanoid shape, including the skeletal-thin figure depicted in grimoires and ancient art, draped and veiled in mycelium and lichen.

Much of her appearance and manner, and also that of her servants', is a soulless mockery of mortal life and its many facets.

Statistics for Zuggtmoy can be found in the Out of the Abyss sourcebook.

The demon lord and her corruption can also induce special forms of madness, which are also detailed in the Out of the Abyss sourcebook.

Zuggtmoy's cultists often follow her unwittingly. Most are fungi-infected to some degree, whether through inhaling her mind-controlling spores or being transformed to the point where flesh and fungus become one. Such cultists are fungal extensions of the Demon Queen's will. Their devotion might begin with the seemingly harmless promises offered by exotic spores and mushrooms, but quickly consumes them, body and soul.

Sharing a layer of the Abyss with Juiblex, plus their mutual insatiable hunger, has made the two demon lords mortal enemies, each devoted to destroying and then devouring the other.

Zuggtmoy was created by Gary Gygax for some of the first World of Greyhawk supplements and also appeared in the second Monster Manual for the 1st Edition. She was fully featured as the antagonist in the original Temple of Elemental Evil, written by Gygax in 1979. In the current storylines, however, Zuggtmoy has essentially no ties to Princes of the Apocalypse or the Elemental Evil saga.

In Rage of Demons

Zuggtmoy prepared her nuptial celebration from Neverlight Grove. She and her wedding party set off to Araumycos for the ceremony, ready to unite with the great fungal entity. The Demon Queen of Fungi entered in rapport with Araumycos and slowly began to corrupt its astral brain. While Zuggtmoy was in rapport, she was assaulted by both the heroes and her eternal rival, Juiblex. In her vulnerable state, she was easy prey for the Faceless Lord. 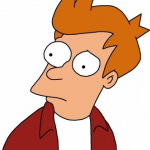